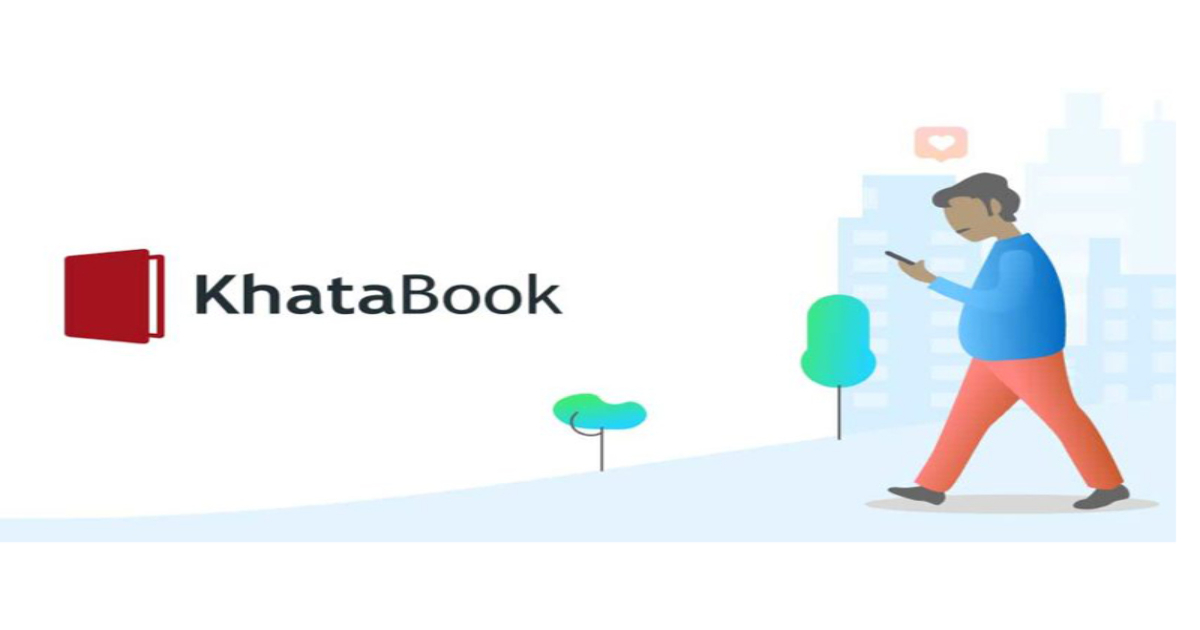 If you are an Indian citizen living in any of the urban cities of the Country, you might not have heard of this application until recently when the Indian Cricket Team Captain Mahendra Singh Dhoni, invested in a startup called KhataBook.  The question that was on many minds when Dhoni invested in this startup was what is KhataBook doing that has made Dhoni, one of the most popular celebrities in India, invest in this finance technology.  However in order to answer this question, we need to understand how KhataBook came into being and what it is today.

KhataBook was founded by Ravish Naresh, Dhanesh Kumar, Vaibhav Kalpe and Ashish Sonone in 2018.  The idea for KhataBook however has been on the minds of the founders for a long time before 2018.  It all began when Ravish Naresh along with his friends began a digital spending manager app called Kyte.ai in 2016.  The app lets a user understand their spending patterns by making use of the transactional SMS alerts.  The initial traction for Kyte was good but the growth was not reaching the scale the founders had in mind.  After researching the user data they realized that most of their users are based out of metro cities.  Upon digging deeper the data revealed that first time online users did not deal in digital transactions. They were still relying on traditional ‘khata,’ or ledger books. That is when the idea for KhataBook materialised for the Kyte team in 2018.  ‘Khata’ simply stands for account in Hindi.

In 2018, the Kyte team decided to work on a simple cash management application called KhataBook on the premise that a real life ‘Khata’ can be replaced by a digital ‘Khata.’  The idea was to shift the focus of small time traders and businesses to move their accounts to digital platforms.  The team also included Kyte’s SMS checking mechanism to track data and provide free SMS updates on a user’s customer transactions.  This feature has ensured a three times faster return on credits for their users. The app has recorded $ 5 billion+ cash transactions by November 2018.  What makes this app attractive is that it employs artificial intelligence to track SMS alerts for transactions and use that to keep a track of accounts and spending.  With the internet penetration Reliance Jio offered, it was easier for KhataBook founders to target users in smaller cities and towns.  KhataBook is unique in the finance technology sector and has no major competitors.  However, OkCredit and Vyapaar app are the closest competition KhataBook has in the market currently.

Upon reaching a quick growth KhataBook got its first big publicity push when Dhoni invested an undisclosed amount in the startup and also became its brand ambassador.  KhataBook is now being used in more than 5000 cities and the users range from kirana shops, merchants, recharge shops.  The app currently supports eleven languages and even has users in Nepal, Pakistan and Bangladesh.

Maggi: The Story Of The Simple Noodles Which Became An Iconic Indian Snack

How Ewoke, A Sustainable Fashion Brand, Is Doing Their Bit For Frontline Forces During Covid-19?

Mad Over Marketing : A One Stop Shop For All Things Related To Marketing 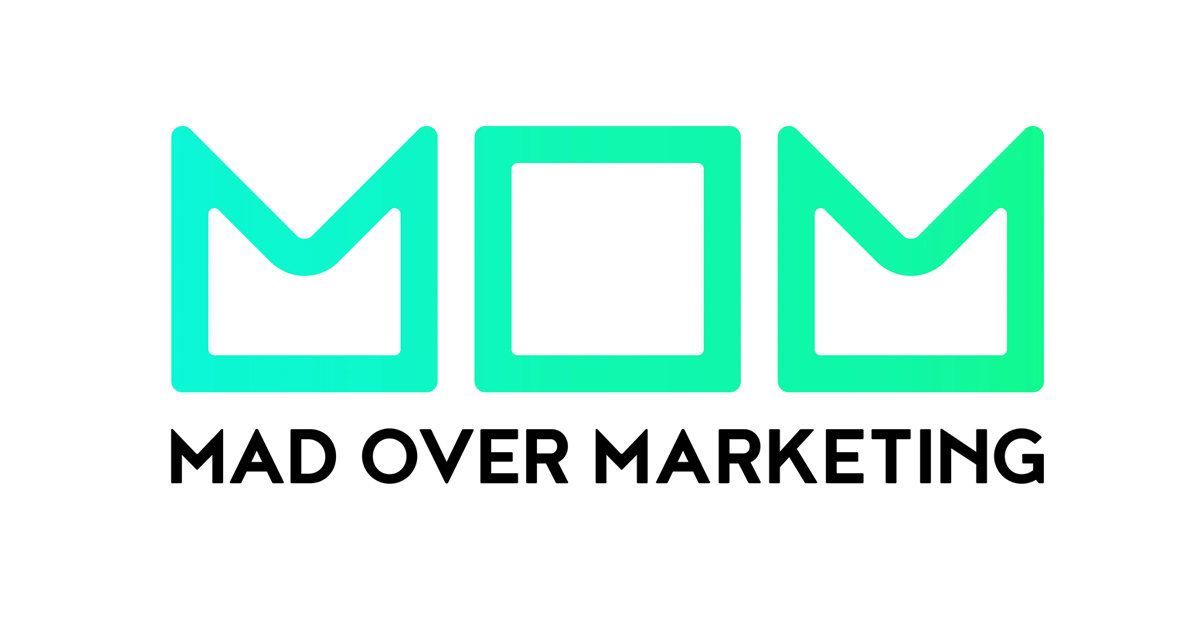 If you are an active user on Instagram and Facebook, then chances are high that you might have come across a page named Mad Over Marketing (M.O.M.)  While you might have fleetingly glanced across the page on someone’s Instagram story or a re share on Facebook, you would eventually come to see  MOM’s content and fall in love with them.  Mad Over Marketing is a one stop shop for all things related to marketing as they are one of the best pages to curate genius marketing done by various brands from all over the world.  But how did MOM grow to where it is right now?

Mad Over Marketing was founded in a college festival by five students Umang Sonthalia, Siddhant More, Snehal Kanodia, Wamika Mimani and Nikhil Daga.  The page was launched first on Facebook in January 2012 and the site has since then expanded to Instagram and Twitter.  With the kind of engaging content going on the page, MOM quickly grew since its inception and within a span of 8 months, the page had more than 10,000 fans already without a penny being spent on any form of advertisement.  All the growth was achieved organically through word of mouth.  Since the founders were students when MOM was founded, they could not afford Facebook ads due to difficulty in coordination among themselves but, the founders were able to leverage the popularity of Facebook in terms of page boost.

MOM has perhaps clicked because of two factors, one being the accessibility to cheap internet plans and rapid adaptation of social media and smartphonessmart phones.  The curiosity in everyone was satiated by different creative approaches to online marketing and also healthy competitive banter between various brands on Twitter.  The rivalry between BMW and Audi, Coca Cola and Pepsi, KFC, McDonalds, Burger King and Wendy’s have always been talked out but MOM has become the go to page for knowing more about these brand rivalries which often take a creative turn.

IKEA wants to help you sleep better. So they made a spoof ad for various products and replaced it with products from their own catalogue – communicating how a good night’s sleep can help you achieve the same effects as an anti-ageing cream, an energy boosting drink and the likes.

Mad Over Marketing currently has over 850,000 followers on Instagram and 1.5 million followers on Facebook.  Mad Over Marketing has a reputation for sourcing and finding some brilliant social media campaigns as well as ambush marketing gems from all over the world.  MOM has a strong brand presence now on social media and is leveraging the popularity to offer social media marketing workshops for interested people or businesses to learn more about how to leverage social media to increase sales/leads.  This is quite a hit among the populace as the workshops have picked up steam during the pandemic.

When people do exactly what they are asked to do.

Mad Over Marketing continues to lead the way for digital marketing enthusiasts and agencies on how to run a perfect social media page for all things related to marketing and branding.  As marketing budgets keep increasing every year, the amount of creative marketing is also bound to increase.  Mad Over Marketing will continue to curate the best content as long as there is digital media. 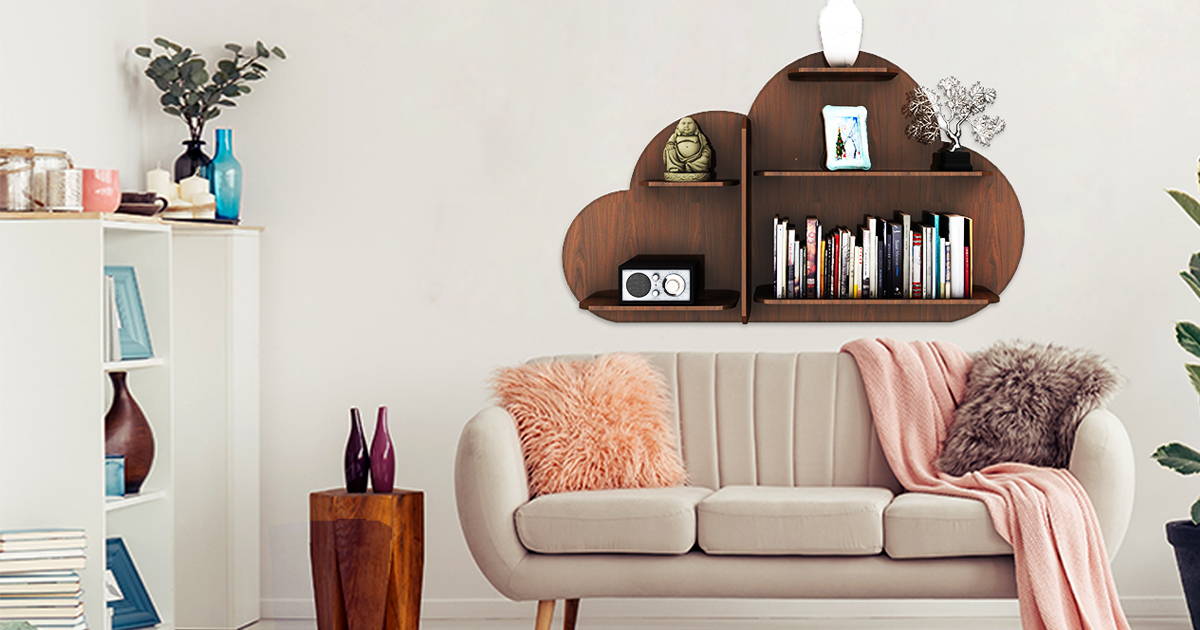 India was always home to some of the oldest and most diverse art forms which have received a lot of international attention over the years.  The advent of internet technology and smartphones meant these art forms have found a new lease of life.  Wallmantra, an Indian startup is at the forefront of bringing these artforms to homes all over the world and India with their humongous modern variety of home and interior decor designs.  Ever since designing and selling affordable wall and interior decor out of their own online marketplace WallMantra has come a long way.

WallMantra was founded in 2013 focusing solely on an online presence.  Wallmantra has more than a thousand unique products which are listed on their website which means customers are simply spoilt for choice.  But what sets Wallmantra apart from their competitors is they have ownership of end-end processes right from design and procurement to sales and shipping and therefore have complete control over quality and timely delivery.  This Make In India startup focuses on design which brings out the best in interior spaces while every product is designed keeping in mind its utility and space requirement. Wallmantra has a very unique range of products like Wall Aquariums- a new and easy way to keep fishes in house, 3D Frames-layers design with LED, Garden Shelves-a short of portal Garden in your house, Wall Shelves-designs inspired from real life characters, Wooden Wall Hangings, designer clocks, and many more and all of which can be accessed through their website.  The website is quite responsive on mobile and desktop with clear division of products in defined categories.  Some of their best selling products include a Planter Shelf Wall Hanging, Mandala Designer Wall Clock, a Golden Buddha Canvas Painting and a Deer Do It Yourself (DIY) Painting Kit. This exquisite Ship shape Wall Shelf brings a unique decor for your bare walls with a great utility.

Although the entire world has been coming to terms with the COVID-19 pandemic, Wallmantra have shown no signs of stopping and in fact have used this crisis as an opportunity to expand their operations as well as  generating a whole lot of employment responding to Govt’s call for #VocalForLocal and #AtmanirbharBharat.  Wallmantra has trained a workforce consisting of  restaurant workers, contract teachers, factory workers giving them an opportunity to learn new skills.  Wallmantra has expanded, hired and trained a workforce of more than 100 people and is still continuing to expand steadily.  This is due to several factors but the most important one being its complete online marketplace.  Wallmantra has also expanded its presence into the social media platforms like Facebook and Instagram which contributed largely to their growth.

So head over to their Facebook, Instagram and their website to browse their huge collection of various interior and wall decor products to brighten up your house.  Wallmantra is committed to providing an artistic touch and elevating the interiors of your home. India has witnessed a shift in consumer dynamics with the introduction of startups which provide hyper local and on demand services.  These startups are able to provide users with the option to purchase anything and everything, except for prohibited items in and around their homes.  This eliminated the need for the user to venture out of their homes and instead get whatever they need delivered to their doorstep.

Hyper local delivery startups have seen a huge surge in demand in the last few months with most of the demand coming from tier 1 metropolitan cities.  Pickkup is one such hyper local delivery startup which operates in Hyderabad.  Pickkup takes pride in their motto that they can deliver anything, anytime and anywhere in the city.  The unique selling proposition (USP) of Pickkup is they are the only hyper local service providers to offer long range delivery services in Hyderabad which can range up to 40 kilometers.

Pickkup offers a host of services all under one roof which can be accessed on their mobile application.  A user can choose to get groceries delivered to their home, or order meat, or send packages across the city from one location to another and also access pet stores.  All these services are taken care of by a fleet of reliable delivery partners.  Pickkup assures all orders are treated with utmost priority and safety and their delivery partners will move the orders quickly.  The simple user interface on the Pickkup mobile application ensures a hassle free order placing process.

Pickkup has already managed to satisfy their clients and has an average delivery time of 45 minutes.  With many companies declaring work from home for the foreseeable future, Pickkup will no doubt see a surge in demand in the coming days.